During a sunny day at the end of March, one can usually observe thousands of tadpoles in the shallow waters inhabited by amphibians, but this year proofs to be different. I went back to the same pond for some underwater photography, but as it was partially covered with ice upon arrival, it did not look  very promising. Besides egg strings from the animals observed several weeks ago and a single pair of brave toads (Bufo bufo), I did not get to see any amphibian. Due to the cold I could only stay an hour and a half in the water. The rays of sunlight created some beautiful sceneries and the sighting of two large Northern pikes (Esox lucius) made it however all worth it. 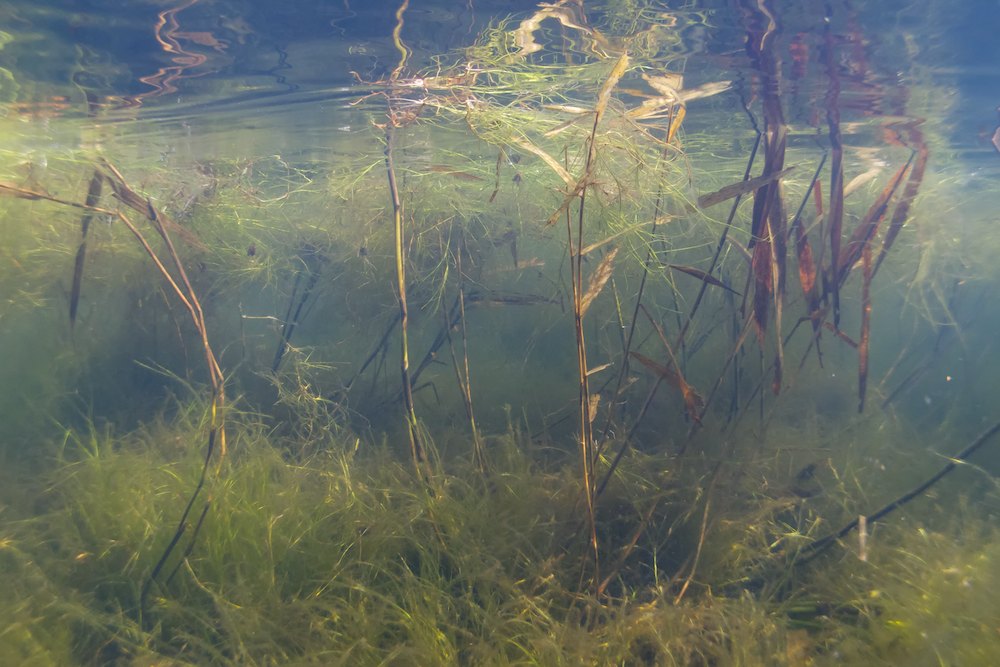 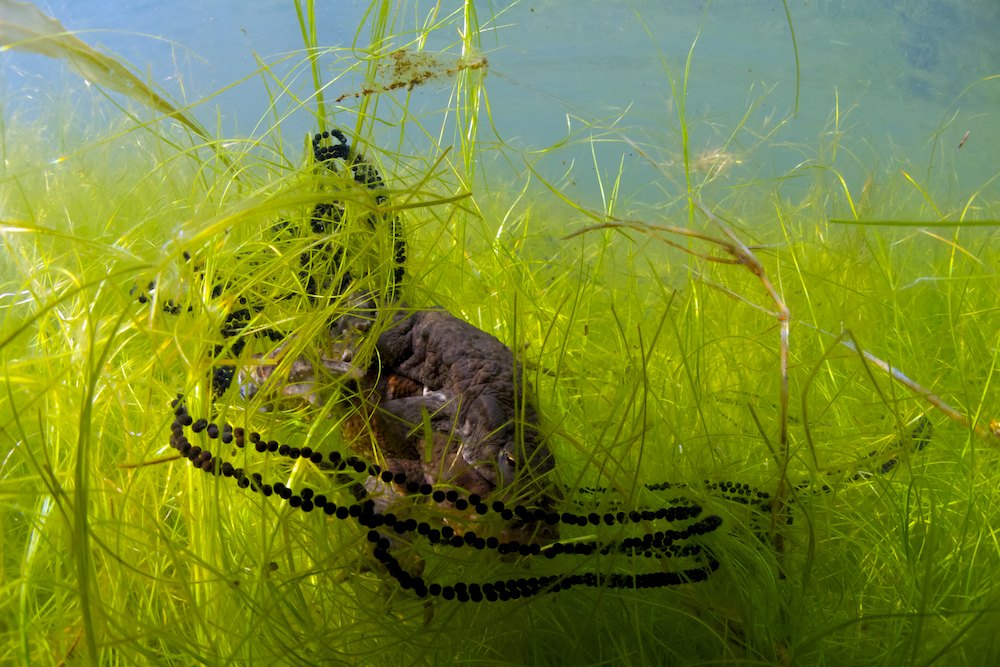 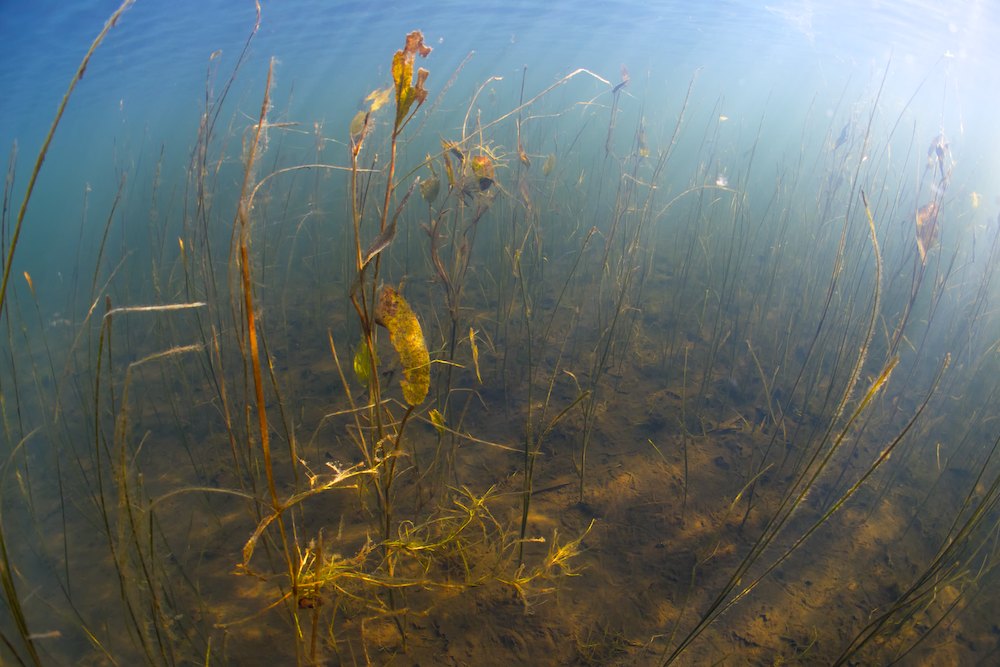 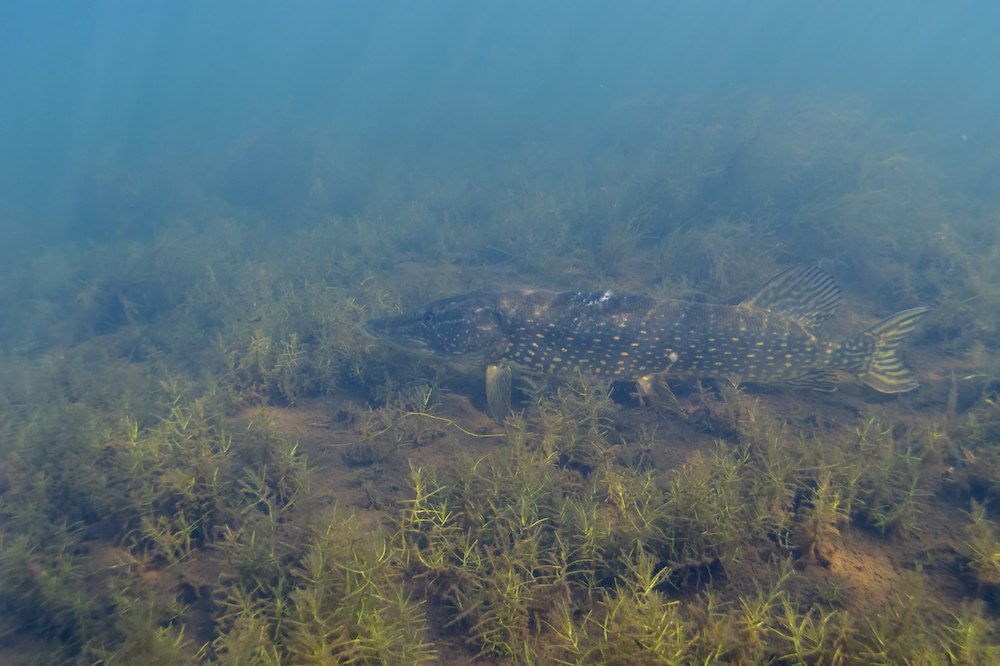