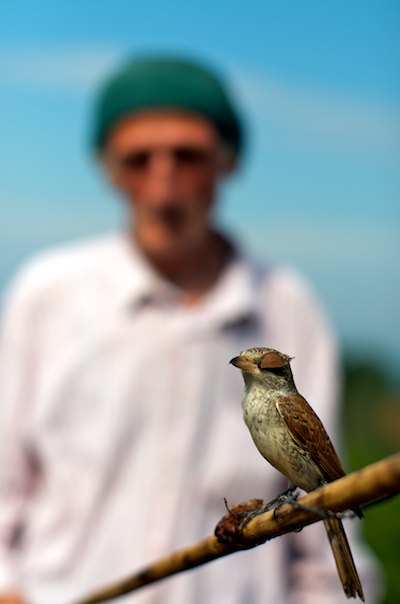 Every year again thousands of Eurasian Sparrowhawks fly over the western Lesser Caucasus along the Black Sea coast on their way to Africa. Yearly, for over 2000 years, georgian ‘bazieri’ are waiting for them, equiped with nothing more than a net and a trained songbird. These falconers have developed an effective manner to get the sparrowhawks into their nets, after which they tame them to hunt for quails and use them in falconry competions. This ancient tradition is however associated with illegal hunting practices, a deadly threat for many of the large numbers (yearly over 800 000) of migratory raptors.

When hiking trough the beautiful hills of the Lesser Caucasus during September or October, one could encounter a georgian falconer – locally called bazieri -, patiently waiting for migrating Eurasian sparrowhawks. And when they are flying over, you could see him trying to get these birds into his strategically placed nets. Upon seeing this for the first time, I directly questionned myself how the bazieri would succeed in catching one of these shy birds.

I would learn pretty fast that the key tosuccess is their trained songbird. In most cases this is a juvenile Red-backed shrike (but House sparrows were seen being used as well). These songbirds are caught using an unattended trap using mostly a mole cricket as bait. When caught, the bird’s sight is limited by sticking a halfcircle shaped piece of leather on the eye, causing a view limited to the environment below the bird. By this, the bird does not notice approaching rapors – which could cause stress or other unwanted response behaviours – but is still able to see presented food attached to the stick where it is perched on. Later on the bird is trained to hover. They are kept on the stick by two thin strings attached to both legs. When thrown in the air by the bazieri, the bird should attract the attention of the sparrowhawk by looking a helpless hovering bird.

When the birds are well trained, the bazieri sets up his trap. This is done by clearing a small spot on a hill slope, with a clear view to the north. The removed ferns or other plants are then used to build a screen, next to which the net is placed. Now the only thing left is waiting… When a bird is approaching, the bazieri hides behind his fern screen and throws up the shrike, sometimes making a wistling sound, to attract the bird’s attention.

When the bird is interested, it will hold for a fraction of a moment and then start it’s dizzeling hunting stoop. Only if the bird is within meters from the net, the bazieri will withdraw the shrike. When successful, the raptor now flies into the net, causing it to collapse because of the bird’s impact. The bazieri now needs to get his hands on the bird as fast as possible, as it might still escape. After being caught, the bird’s wings are tied to its body using a piece of cloth and it is laid down in the shadow. On good days, this process can be repeated up to 30 times! At home the bazieri will attach straps and start training the birds to use them for quail hunting or falconry competitions.

It is astonishing to see how an acient traditional method is still one of the best techniques to catch these raptors. The falconry history is interesting and diserves some attention. Unluckily there are also several conservation issues associated with this tradition.

First of all, some falconers do not always release their birds at the end of  the falconry season. Birds are often sold, especially when they have an abberant color pattern. Secondly, not only Eurasian sparrowhawks are caught. Levant’s sparrowhawks are less suitable to use in falconry, but often caught being hard to distinguish from the Eurasian one from a distance without binoculars. Not all bazieris seem to release these birds and many are instantly killed. Some of these are used to feed the Eurasian ones, but this is not always the case. Sporadically other birds (large falcons, eagles, harriers…) might be caught as well. These might be sold or – in the case of large falcons – also be used to hunt quails. Furthermore, in the region of Batumi, many bazieri take a gun to the field and also shoot raptors when possible. Often to feed the sparrowhawks but also for human consumption or just for fun.

To end, it is important to stress that the impact of this falconry tradition has, to my knowledge, never been assessed. Total numbers of caught sparrowhawks (and shrikes) are unknown, so is true for total numbers released at the end of the season. An elaborate study is needed to determine what species are affected and in which extent.

Below you can see some of the pictures made during the project. 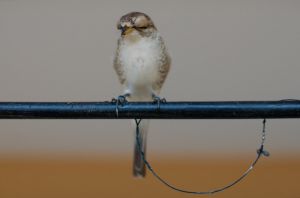 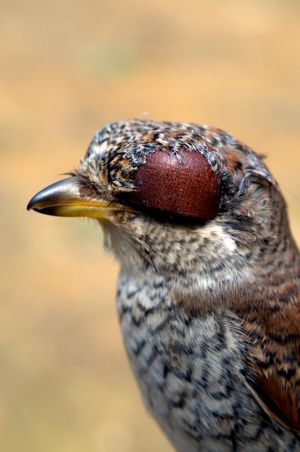 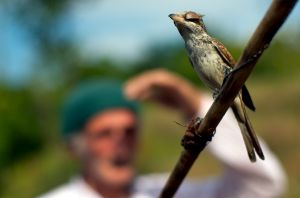 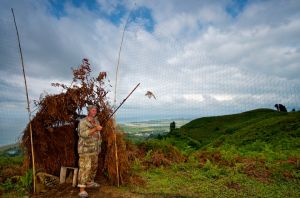 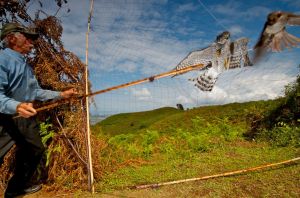 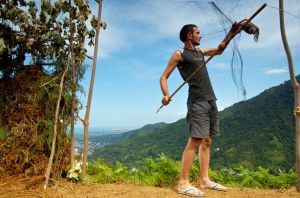 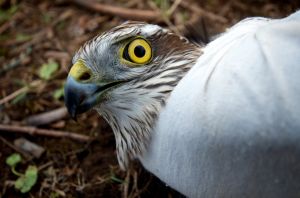 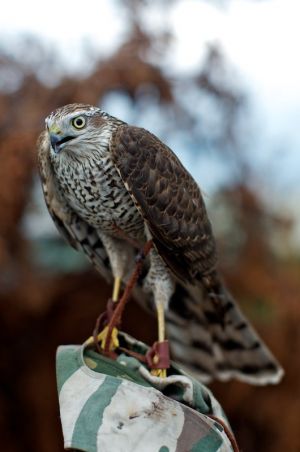 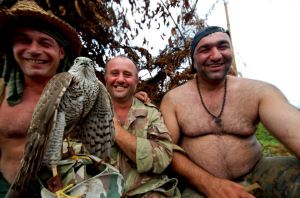 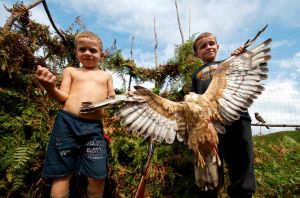 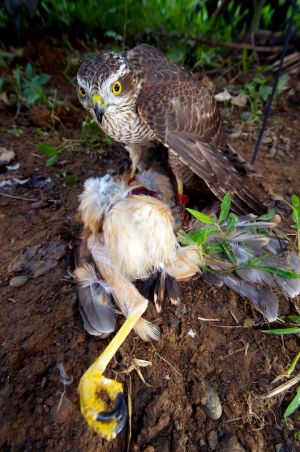 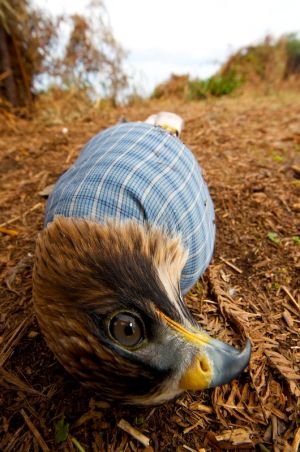 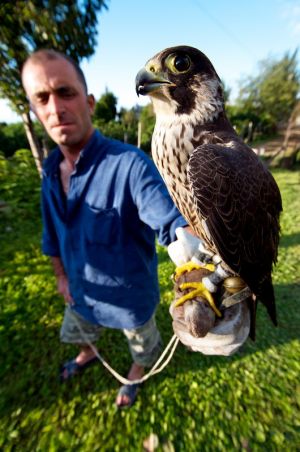