“This is the only known species of the genus, which was founded by Mons. Bibron upon the specimens collected by Mr. Darwin. The general slightness and elegance of its form, and its slender proportions, would lead us to consider it at first sight as rather belonging to the Ranidæ than the Bufonidæ; but the total absence of teeth in the upper maxillary arch, shews that its proper place is in the latter group. Its form and the length of the posterior extremities would also prepare us to expect that it can leap freely, which Mr. Darwin states to be the fact. It inhabits thick and gloomy forests, and is excessively common in the forest of Valdivia.”

Discovered by the man himself during his trip with the Beagle, the Darwin’s frog (Rhinoderma darwinii) is one of the most remarkable frogs in the world. It is found in the temperate and austral forests of Chile and Argentina and is very well camouflaged. Besides its funny nose (without a known function), the most astonishing about this animal is its reproductive behaviour, with a rather rare case of parental care. The males attract a female to a sheltered place in the forest, where she deposits her eggs which are fertilized by the male directly after. The male attends the eggs and when the tadpoles start wriggling in their eggs, the male takes them up in his vocal sac. There they hatch and continue their development for 50-70 days until they are fully metamorphed into froglets. To see how they are then finally “born”, you can watch a short movie from National Geographic: click here. There have been found up to 19 embryos in the vocal sac of a single male!

Unfortunately also this frog is threatened by human influences, and the only other species of the genus, Chile Darwin’s Frog (Rhinoderma rufum), is believed to be extinct. On several locations in Chile, institutions have set up captive breeding programs. On my past trip I encountered many individuals in the forest and also visited one of the captive breeding efforts at the university of Concepcion. 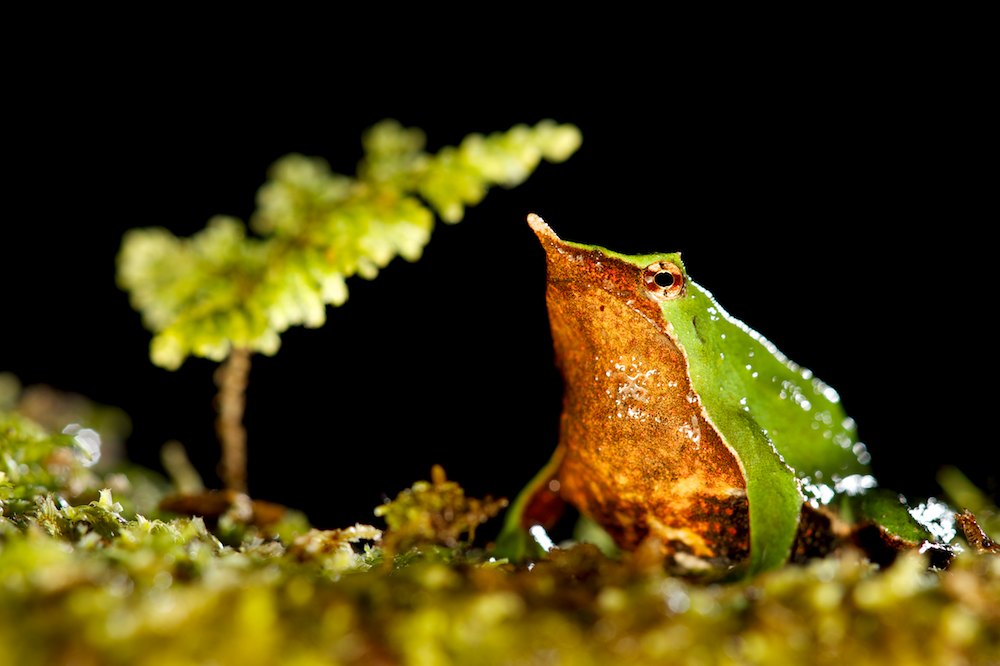 a male with a vocal sac filled with offspring 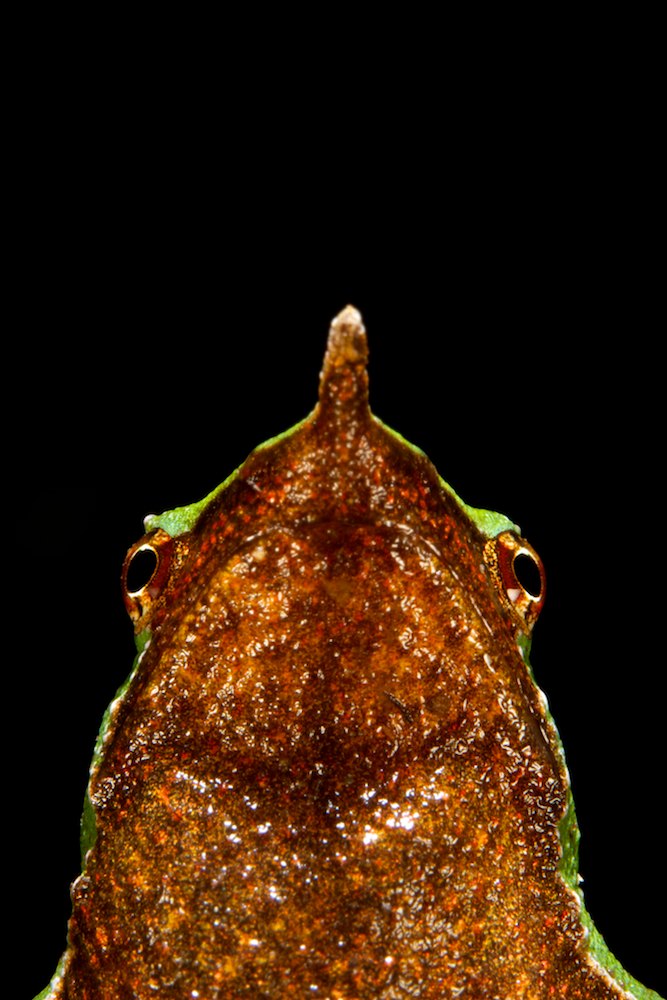 portrait of a male 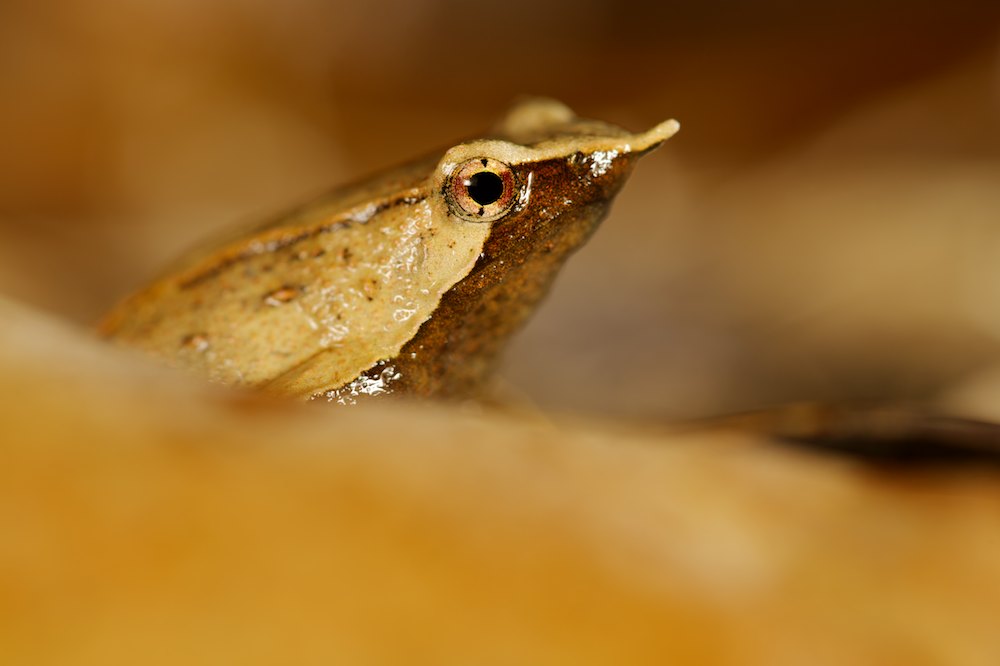 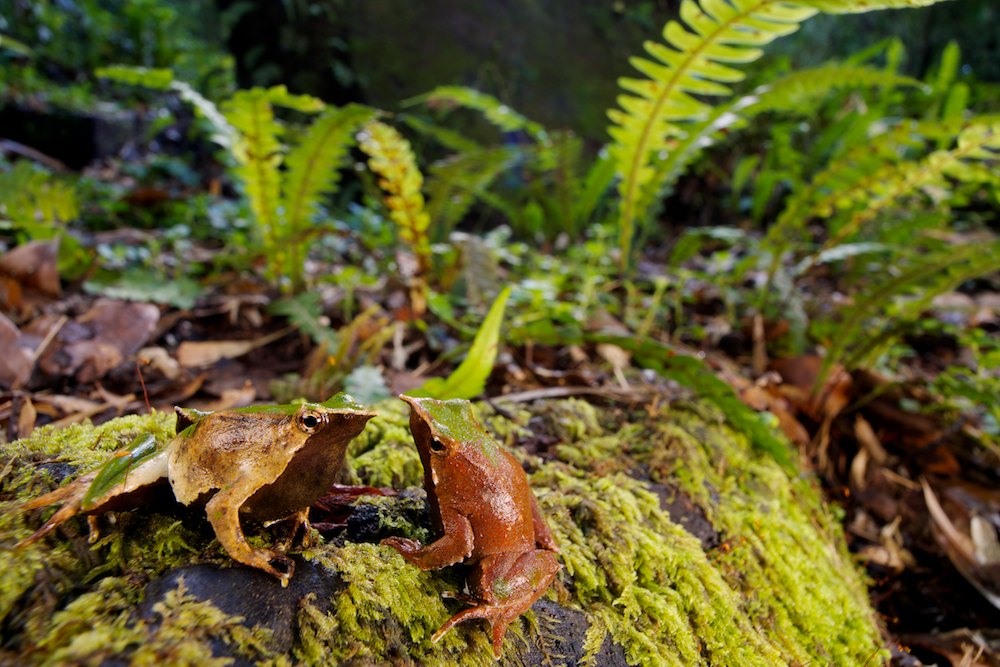 Two individuals in their environment 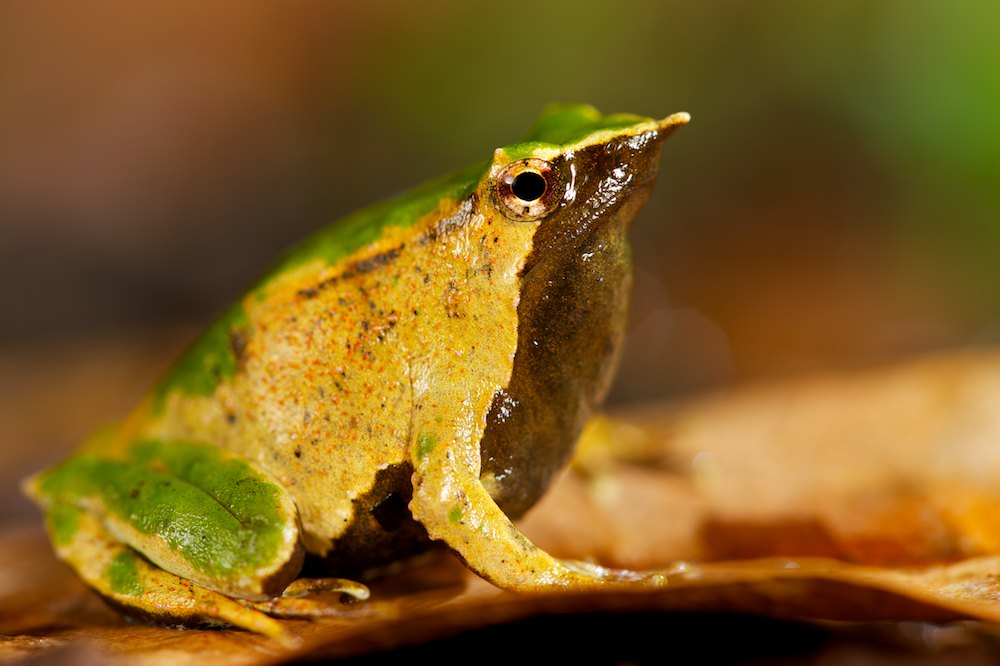 A nicely coloured male with a filled vocal sac